Fortunately, today dawned as a finer day, and even though there was mud on the path in places that told the story of yesterday's rain, spring abounded and brought its joy. 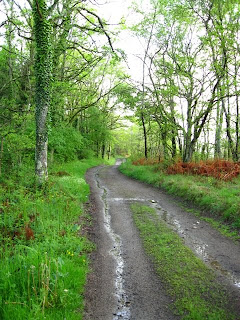 There were some lovely (flat!) rural paths to follow, and farmyards to pass.... 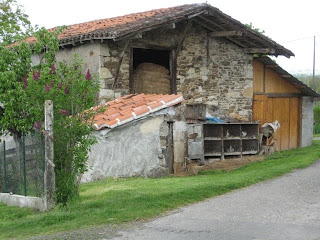 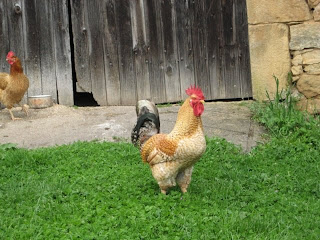 When I returned to New Zealand I needed to declare that I had been 'near farm animals'. I look so 'ordinary', not the sort to wander 1500+km, so it seemed like they checked my shoes for agriculture almost reluctantly! 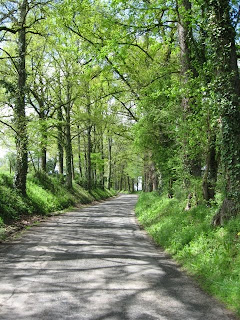 But on this walk, the farm animals do at times join you along the road, along the track... 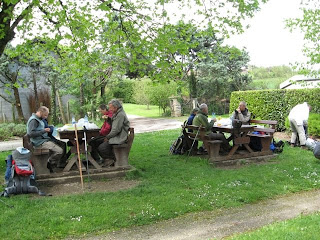 Around lunchtime I reached another village, Saint Felix, that had quite the most magnificent toilets to date!!! And the church here was another one with seats for a lunch stop. There were a few faces I recognised from previous days, and I enjoyed being able to sit and enjoy lunch with them. 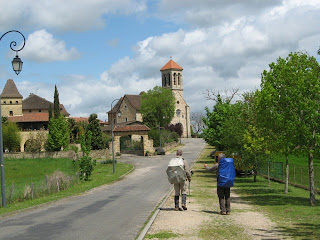 Then I joined a small group along the road for a few kilometres until their pace became too fast for me. At this stage of the walk I sometimes became sad when people I wished I could talk with some more were only part of my walk for such a short time but I guess I grew used to the fact that that was part of the Chemin. 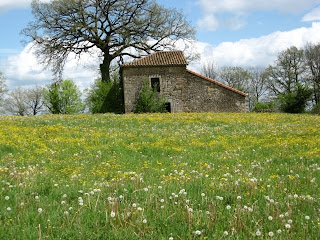 There was more beauty to see, more abundant wildflowers, and tree-lined paths, 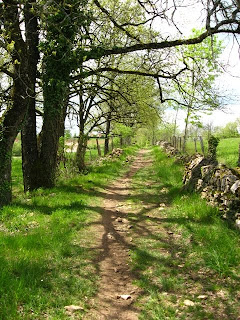 and along the path to Figeac, these "beehive" shaped buildings began to appear, something for the shepherds I think. 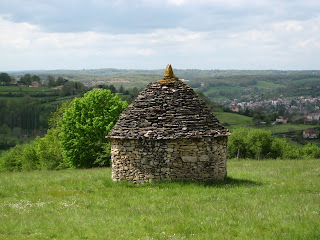 But the path to Figeac seemed to go on and on and on -you can see houses from Figeac appearing below this 'beehive'- but it always seemed to be another "4km" away according to the signs. Talk about the scenic route gone mad!! There were some who had taken the short-cut to avoid Figeac, and they had some wisdom it seemed! Though once I had arrived and rested and had my shower...in fact I enjoyed wandering some of the interesting old city.

It was an enjoyable evening meal in the gite, shared with familiar faces from previous days. And there was some advice from the gite owners about a steep, nearby climb that took you straight out of the city rather than by the roundabout route through it.... A recently retired primary principal from Quebec was sharing my dorm room. He was a great guy to talk to, and he insisted I spoke in French: but when he realised I hadn't really understood about the shortcut, he took me back downstairs and made sure all the instructions were re-given slowly just for my benefit!